The member of the committee responsible for Highways is Martin Elbourne. If you have an issue regarding Highways please contact him using the contact us button above.
To report a pot hole or other issue with highways to Surrey County Council Highways department click HERE

Speeding on Stoke Road - the figures bear it out!

Following a 10+ year campaign by local residents to reduce traffic speeds on Stoke Road, since earlier this year we have secured periodic police enforcement action against speeding drivers. This police action compliments the ongoing regular Community Speed Watch Team activity, the installation of large Vehicle Activation Signs (VAS) which flash 30 mph when drivers exceed the speed limit and the recent installation of two traffic calming islands/pedestrian refuges - the VAS and the islands were secured via CIL funding, following a partnership approach between the residents, local councillors and SCC Highways.

Now that police numbers have started to increase, the local Elmbridge Police Neighbourhood Team has been able to allocate a Police Constable solely to Cobham. Following our direct request to the Neighbourhood Team, PC (Andy Lawrence) regularly includes traffic speed enforcement activity on Stoke Road in his tours of duty. For example, in April he carried 11 enforcement sessions resulting in the prosecutions of 18 drivers for speeding; four for using mobile phones; five for licence/insurance irregularities; one drug/drink driving - in addition, seven were reported to Court for further action. In May nine sessions resulted in 16 drivers caught speeding; four using mobile phones; 10 licence/insurance issues; seven reported to Court.

If you use the Chatterbus you will be pleased to hear they now have a second bus, the C3, which started running today. For a full timetable visit their WEBSITE  The C3 provides more middle of the day services to and from Cobham Station and provides a new service to Cobham Free School (main site) via Cobham Health Centre. 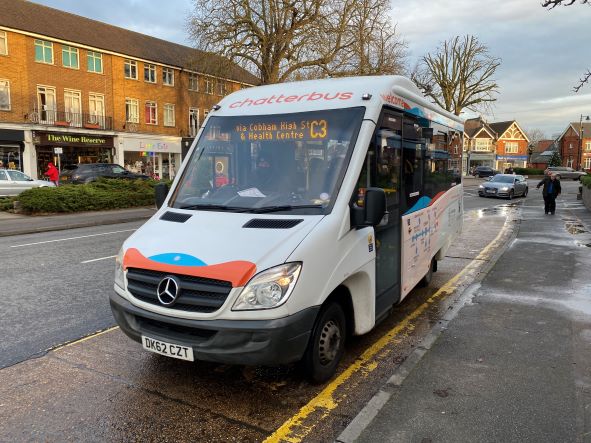 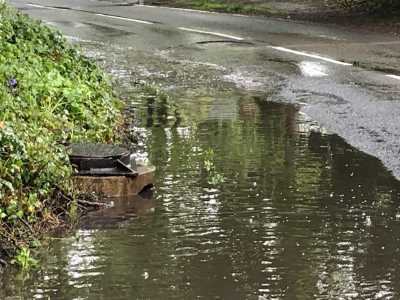 At present the amount of money allocated per county for road repairs is based on the length of road rather than usage. Surrey roads on average can be more than three times busier than other roads in England, but Surrey Highways receives the same amount of funding per kilometre of road despite much higher wear and tear.
You can sign a petition calling on the Government to reform the road maintenance funding formula to consider traffic volume in addition to road length click HERE 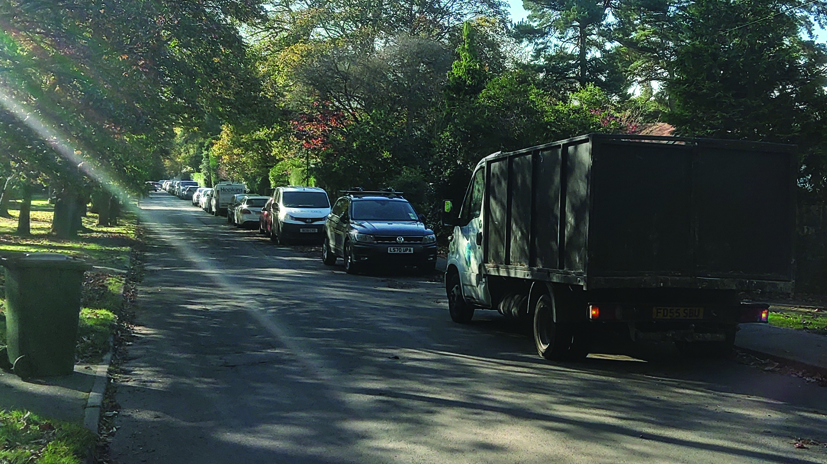 You may have seen that contractors for the development of Crow Gables (on Fairmile Lane) have been parking the entire length of Green Lane. This has been causing considerable problems for local residents and many have complained. One of our committee members has been pressing Surrey County Council Highways about the issue which resulted in Highways meeting with the site manager. As a result the developer, Audley Villages’, recent newsletter said:
"We have been communicating with a few residents in Green Lane as we try to resolve the parking of site vehicles. We are currently looking at off-street parking for our operatives to help reduce the number of vehicles parking locally, and would expect this could be resolved in the coming month."
We will be watching the situation...